(Part 1) Get The Most Out Of Your Camera. 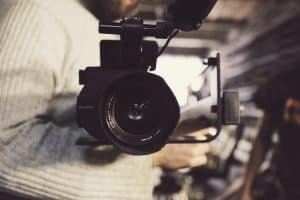 Subject: (Part 1) Get The Most Out Of Your Camera.


Did you ever see an image where only a small part of it is sharp? Using the aperture ring correctly can maximize the artistic look of your image.

Not only does it determine the depth-of-field, it also has the power to direct the human eye.

The human eye is instinctively drawn towards noticeable points of an image. These are usually the sharpest and most important parts of an image. Using a wide aperture to limit the area of sharp focus can direct attention to the most important elements of your image and blur out any off-putting backgrounds.

This isn’t that hard to accomplish, and can be blissful if done correctly.

Lets start off with understanding depth-of-field, aperture and f/stops.

Depth-of -field: The distance from the front to back that is in reasonable sharp focus is called the depth-of-field. There are two ways of controlling depth-of-field: Use a small aperture or focus on a point farther away from your camera.

By selecting a small or narrow aperture (f/16 or up), all or most of the scene will be reasonably sharp. This is ideal for landscape photography. By using a small aperture you increase the depth-of-field.

By selecting a large or wide aperture (f/5.6 or below) you decide which part of your image is sharp. This is ideal for taking pictures of wildlife, portraits, sport and small objects. By using a large aperture you decrease the depth-of-field

The smaller the f/number, the wider the aperture.

There is about twice the depth-of-field behind the point of focus as there is in front of it, using any aperture.

Now you know how to isolate your subject, so it’s time to put it to use. Set your camera to aperture-priority (AV) mode, and then select a large aperture (f/2 – f/5.6). By doing this the camera will select the shutter speed automatically. If you are shooting wildlife choose a low viewpoint to maximize the image, try putting the camera lens at eye-level with the subject.

While the above will help to isolate you subject, it’s only a start. Know your subject, especially when shooting wildlife. Don’t be fooled into thinking all elements of an image must be sharp to be considered a good photo.